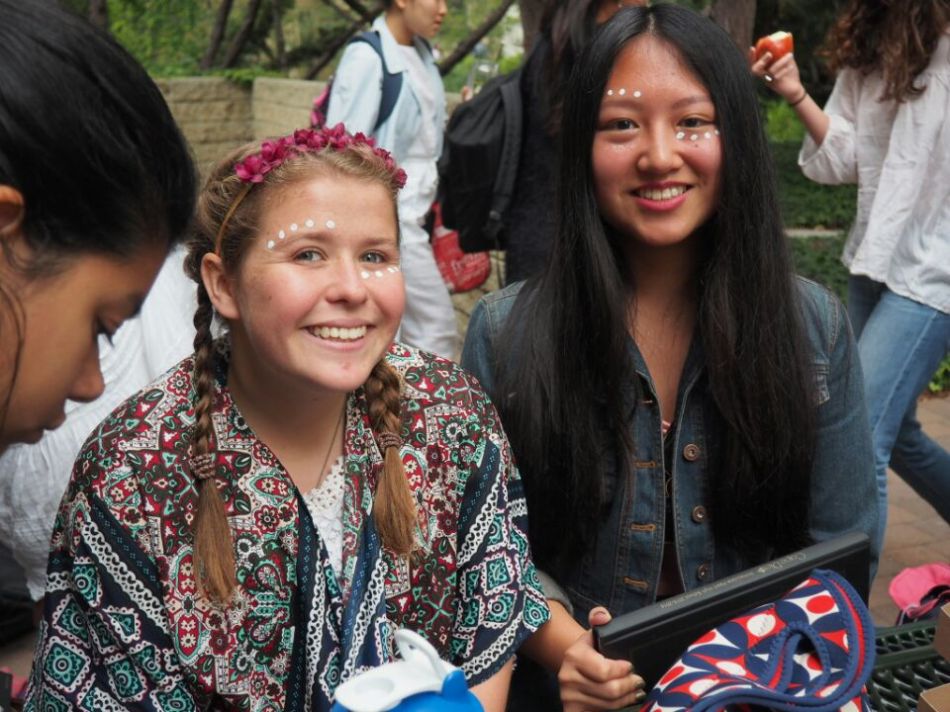 This year, Immaculate Heart seniors decided that for their senior prank they would create their own Coachella, right here on the IH campus. The senior board came to school at 5:30 in the morning to completely reinvent the senior courtyard into a tailgate style festival. With banners, flash tattoos, and a smoke machine in hand

Of Seniorchella, Toni Aguilar-Cole said simply, “It felt like the most festive day on campus. It was so much fun and it was great seeing my friends come together as a community.”

Most seniors were on campus by 6:30 a.m. so they started off the day making breakfast for one another and dancing along to Drake and Rihanna. The IH seniors were dancing in circles, playing beer pong with orange juice, and braiding each other’s hair. They also painted each other’s faces with glitter paint, making everyone look like vibrant fairies.

Surprisingly, this event was planned out last minute—to be specific the night before the senior prank was expected to occur. But the senior board did such an amazing job putting it together.

As enjoyable as this senior prank was, this event was a stark reminder for many seniors that the end of their school years together was near. Soon they will say farewell to a place they have called home for many years.

Of the event, senior Ania Lakritz noted that it “reminded me that I am graduating soon. It is one of the last times I will celebrate with my fellow classmates as IH seniors together.”

The Seniorchella was one of the last big celebrations that the IH Senior class will have together this year, but the joy and the excitement that came out of it, is something the class will cherish for years to come.