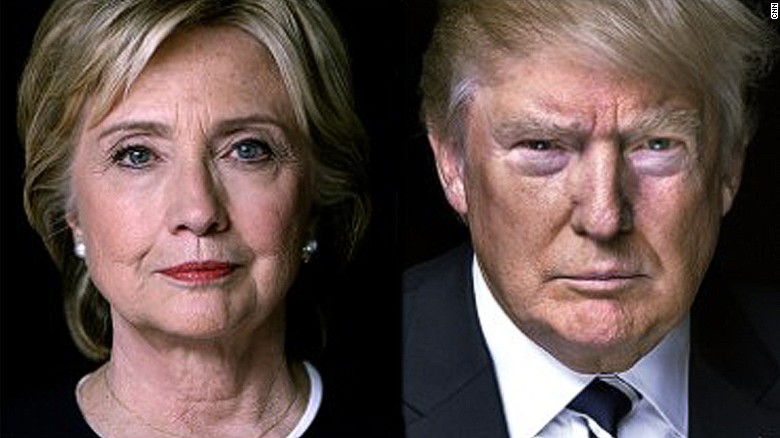 This is the first article in an ongoing series about IH’s view of the Presidential Election. We asked the student body three questions about the first Presidential Debate and about 100 students responded. Here are the results: 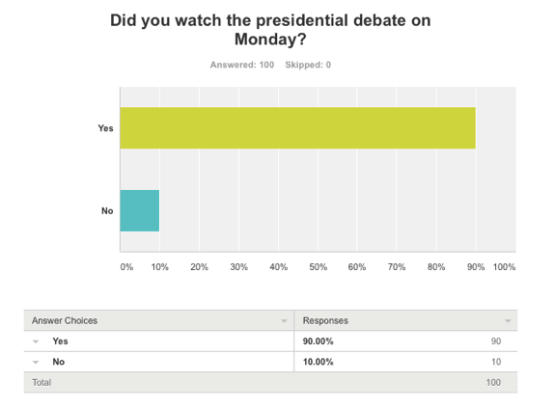 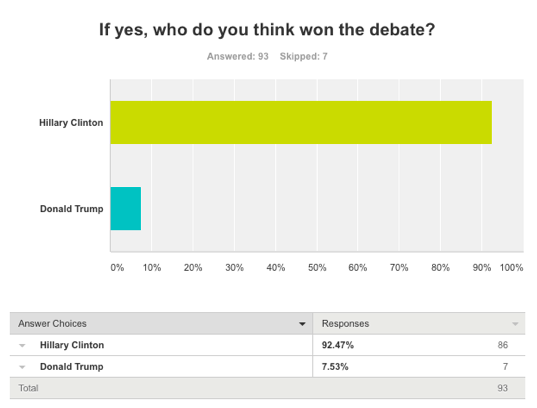 “While I think that Hillary won because of her direct answers to the questions, I still think that they both acted immaturely during the debate”

“I thought Hillary seemed calm and collected, even though she mentioned her father, the draper, on more than one occasion. Trump seemed to have his act together for about the first five minutes, and then he descended into repetition and complete lies.”

“Hillary was very professional and maintained a good attitude throughout the debate. Donald Trump, however, not only behaved immaturely, but lied and disrespected his opponent.”

“Hillary definitely won the debate in my opinion though Trump did a better job in this debate than I feel he has in former debates.”

“Honestly do not think that either candidate is qualified to be president. Donald Trump acted very unprofessional and hypocritical. He didn’t properly answer the questions given. In my opinion Trump does not understand world politics or public policy. He does not have the proper experience to be able to run a country. Like Donald Trump, Hillary Clinton did not properly answer the questions. She avoided the questions, answering with obscure and vague responses.”

“Trump won, but the neither of the candidates discuss issues.”

“Clinton came off as polished and presidential, and Trump was once again a demagogic mess. I’ve heard people complaining that the debate didn’t have enough substance. While this was one of my concerns going in, I actually found myself surprised by the amount of policy and substance included. In her opening speech alone, Ms. Clinton discussed numerous specific policies and ideas she would pursue as president.”

Conclusion: While Pandas generally thought that Hillary Clinton won the debate, they were generally dissatisfied with both candidates. In the future, the women of IH would like to see more substantive answers and willingness to address questions.