On April 15th, the Notre Dame Cathedral of France caught on fire. The Notre Dame Cathedral in Paris has been regarded as one of the most famous churches built during the Middle Ages. It is well known for its enormous size and endurance in surviving hundreds of years filled with war and revolutions. Because of its fame, millions of people from around the world visit the cathedral every year.

Investigators have determined that so far there are two possible causes for the fire. According to investigators, the fire began at the center of the roof and spread towards the spiral. One possible cause is an issue with the fire alarm sensors. The fire was almost three meters high until security guards noticed the fire. This indicates that the fire alarm sensors might not have been working properly at the time. The second possible cause is an electrical short-circuit. This could have been due to the renovations that the church was going through at the time.

After fiercely battling the fire for nine hours, the firefighters were ultimately able to extinguish the fire. Although the church was saved, many important parts of the church were destroyed, such as the iconic spiral. Fortunately, however, many historical artifacts were rescued and taken to another museum for safekeeping.

After the fire, people around the world have expressed sympathy and a sense of devastation for the cathedral. American singers and actors have sent their prayers to the cathedral. The people of France watched in horror when the cathedral erupted in flames as the cathedral was a historic landmark of Paris. Regarding the renovation of the church, French President Emmanuel Macron has announced that he will begin an international funding campaign in order to rebuild Notre Dame within five years. Billionaires have pledged $700 million in donations to help rebuild the
cathedral.

These fundraising pledges have sparked widespread anger from France’s yellow vest protestors who want to know how so much money is being donated towards the cathedral when the poor are suffering. The yellow vest protestors are people who began mass demonstrations in November 2018 for economic justice initially over fuel prices. Demonstrators and police have clashed and hundreds of protestors have been arrested while others were injured by the chaos. These protestors demonstrate against social and economic inequality and believe that President Macron represents the rich. French activist Jean-Baptiste Redde has said, &quot;Billions should also be given to the poor, to help the environment, to promote biodiversity,&quot; while holding a sign that read, “Millions for Notre Dame – and what about the poor?”

As people continue to donate money towards the rebuilding of the cathedral, it appears there is no end in sight to the protests by the yellow vest protestors. 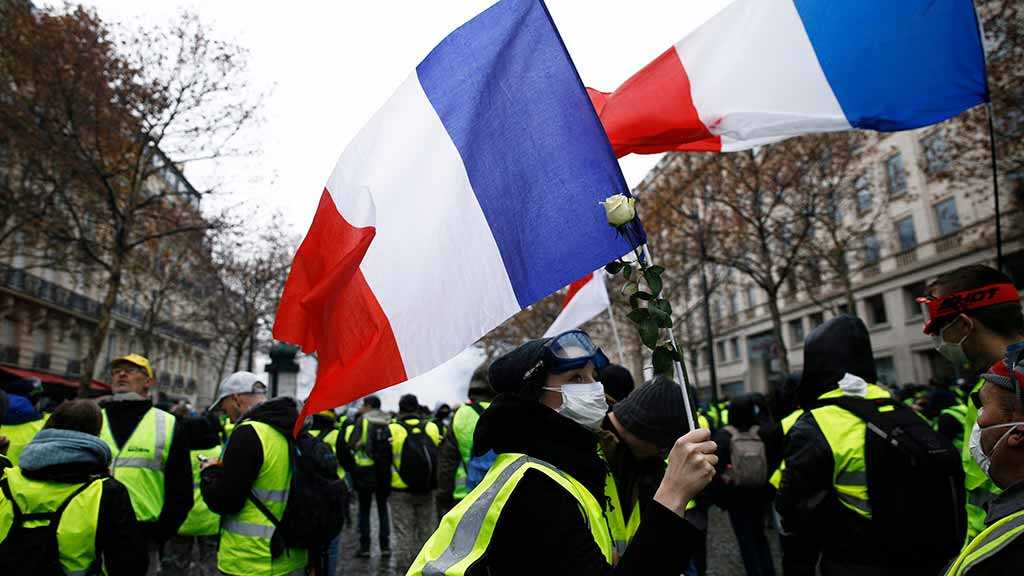