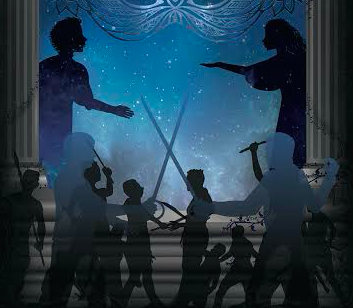 Just a few weeks ago, auditions for Romeo and Juliet took place and only a few days later, the play was cast! While this was an exciting process for many of us who have been in some of the plays and the musicals before, there were many who were auditioning for the first time.

For those of you who are interested in auditioning for any of the Genesian plays or musicals or are just plain curious, here is what to expect during audition week:

First off, the play cycle for the Genesians is a musical and a play every year. Given that we put on The Addams Family Musical in the fall, this semester is the play — Romeo and Juliet. In general, the plays usually have anywhere from 20 to 25 cast members.

Initially, Director Heather Chesley will send out a notice that auditions will be coming within a week or two and then urges students to stay tuned for announcements about auditions. When the audition meeting notice is announced, Ms. Chesley sends out information that indicates where and when the meeting will take place. The meeting generally gives everyone the chance to ask questions and Ms. Chesley discusses the play and hands out audition materials.

Even if you are slightly interested or unsure about auditioning, you should still attend! It is better to come and be prepared about the process than to miss out and be confused when you realize you want to join!

Once the auditions are over Ms. Chesley sends out a callbacks post for the next day. Callbacks, as Ms. Chesley states in the audition notice and sessions, are an opportunity to see the students in different roles than the previous audition day and to answer any questions that Ms. Chesley may have about a performance or casting choice. But do not worry! If you are not called for callbacks it does not mean that you are not cast in the production!

Finally, within a few days of the auditions Ms. Chesley sends out the Cast list and the play is set.

I hope that this can clear a few things up about how auditions work and I hope to see many new faces at auditions for next years productions!

0 comments on “So You Want to Audition for the Play?”