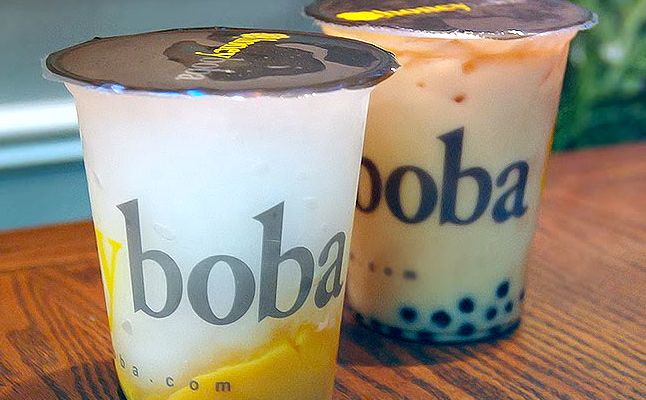 Back in eighth grade, the search for an afternoon hang-out was very important. You couldn’t hang out in the playground because that was for babies, and the lunch tables were boring, and the only cool thing on that block was a post office because you could go look at the poster of the FBI’s Most Wanted. But other than that, boring. But then I found out about a magical place called It’s Boba Time. Since I was a young teen, I was grossed out by the boba and settled on the fruit slushes. It was only until ninth grade when I tried thai tea for the first time, and even then I got it without boba because I was scared. But the first time I got thai tea with boba was a magical experience. Magical, I tell you.

Three years later, junior year. Honestly, Boba Time is what’s getting me through. You can bet that every day after finals I’m going to sit and cry about finals but also enjoy their macaroons & free wi-fi. When I went to the East Coast last summer, my main thing was looking for a good boba place, though over there they call it “bubble tea” because the East Coast is weird (but if you’re ever in Boston, TBaar will treat you right. They got Connect Four!). Boba is a priority wherever you travel. Needless to say, it will be part of my college search when the time comes.

If you have never tried boba, you are missing out. It is both a drink and an activity. You get to stab your straw through the sealed top and feel like a warrior. However, I am big enough to admit that there are downsides: there are so many calories, because it’s basically milk and sugar; once there was a study that found trace amounts of dangerous chemicals in the tapioca pearls; and as one website put it, “a dangerous cocktail filled with harmful chemicals, loads of sugar, caffeine, and calories.” And yet…I’m not going to stop drinking boba. It’s really good, you guys.

And without further ado here’s some boba places: