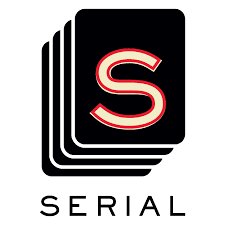 On February 9th, 2004, Maura Murray sent her academic supervisor an email saying that she would be missing a week of school due to a death in her family. In high school she had been an athlete and academic star, scoring a 1420 on the SATs. She was a nursing student at the University of Massachusetts Amherst, and had a longterm boyfriend living in Oklahoma. Overall, she seemed like a fairly normal 21 year old woman. But this is where Maura’s story starts to change: there was no death in her family, and no reason for her to go home.

About ten minutes later, Maura withdrew $280 dollars from her bank account, and took off in her Saturn Sedan towards Vermont. At around 7:35 pm, she skidded off the interstate and crashed head on into a tree. A man driving home from work that day stopped to help her, but she refused any of his assistance, and begged him not to call the police. The man, who was concerned for her, disregarded her request and reported the accident to the New Hampshire State Police. But when officers arrived on the site, Maura was nowhere to be found. All her personal effects except her cell phone were still in the car, but the girl herself was missing. Since that night, there has never been a confirmed sighting of Maura Murray.

As disturbing as Maura’s case was, something even more bizarre began to brew after it was made public. Following a press conference given by the police and Maura’s father the day after she disappeared, Internet forums and blogs discussing her case sprung up like weeds. Her story was the perfect bait for the armchair detective: a pretty young woman seemingly intent on leaving her life behind. Just the right amount of intrigue and very little gore. A fantastic distraction from daily events of life.

Almost immediately after her situation was made public, people with absolutely no knowledge on what had happened to her proposed theories on where she was and what had happened to her. Maybe she had planned to just take a week off from school, and had tried to find her way in the nearby woods and had gotten lost. Maybe she was bipolar, and on the verge of a mental breakdown. Who were her friends? Enemies? What was her sexual history? Was she being followed? News anchors and soccer moms around the country had similar questions.

Eleven years later, even after the case has faded out of national headlines, Murray’s vanishing still attracts rabid truth seekers wanting to crack the case. A website dedicated to individual theories is the first thing that comes up when searching her name. It has the imposing masthead, “SOMEONE KNOWS!” just above a picture of Murray in a blue gown.

I recently learned about an upcoming documentary entitled, The Disappearance of Maura Murray, and became intrigued. Instead of focusing on the crime itself, the documentary explores people’s obsession with this crime, and all crimes for that matter.

I found this premise to be incredibly interesting, because it is one that I and many people I know are familiar with. At one time or another, we have all read about crimes on the Internet and fancied ourselves as Sherlock Holmes. The existence of TV shows like Law And Order or podcasts like Serial proves the importance of crime in pop culture. This morbid trend is not a new phenomenon. From Cain and Abel to Crime and Punishment, there has never been a time when human beings weren’t telling gruesome crime stories. But what is this communal obsession with crime, and what does it say about how our society views violent acts?

Most psychologists agree that the majority of people possess a healthy interest in crime, but there are varying theories as to why. Some psychologists say it is a subconscious way in which we protect ourselves. If we can pick apart the events of one crime, we can prevent it from happening in our own lives. Others believe that it is a way we distance ourselves from the pain of being a victim. If we can make this instance a sensation, almost like a movie, then they aren’t nearly as scary.

But the most widespread and accepted theory is that cold-blooded misdeeds appeal to our moral and emotional self. Crimes are direct expressions of good and evil, and are often infused with high emotions. Seeing as neuroscientists have repeatedly observed that the limbic system– the emotional system of the brain–has the ability to overpower all the others, it is no wonder that we cannot resist a good mystery.

Being interested in crime to a reasonable extent is a normal, and even beneficial, thing. It helps us discuss right and wrong as a society and come up with ways to become safer. But the downside to this fascination is that the reality of these crimes are often forgotten: these crimes involve real people and real world consequences.

Michael Mantell, the former head psychologist for the San Diego police department, says that constant spattering of murder and abduction cases on cable news and in magazines desensitizes us the horror of these crimes. Instead of being a tragedy, every new case is an exciting adventure for those who experience it second hand. Like in the case of Maura Murray, we made her into an enigmatic ingénue, and forgot the victim in the process.

One of the most disturbing cases of this that I have experienced has to do with the aforementioned crime podcast, Serial. While toiling around on Amazon one day, I stumbled upon a Serial-inspired t-shirt reading, “Jay Did It.” The Jay being referred to is Jay Wilds, the witness whose testimony, while sketchy, put the show’s focus Adnan Syed away for the murder of his girlfriend in 1999. As a listener to the podcast, I initially thought the shirt was snarky and fun. But when I really thought about it, it was apparent how callous this was. Jay was a real person, with a family and a job, whose past was being opened up to the public. Even though this shirt was in jest, it was still accusing a man of being a murderer. That is not something that one should ever take as a joke.

It is okay to wonder about crimes and criminals, to watch TV shows and read books. But as women of a school that seeks to instill compassion in all of us, we should never forget that behind every piece of true crime, someone was grievously harmed. Our attraction to stories like that of Maura Murray’s should always be equal to our sympathy for her.