Elements of classic horror have been integrated into shows and movies more prevalently since the film release of Twilight renewed the public’s interest in vampires. Now it seems like every new show since 2008 is trying to make murderous monsters into brooding heroes with perfect bone structure. (Of course, this is not uncommon for the vampire genre!) 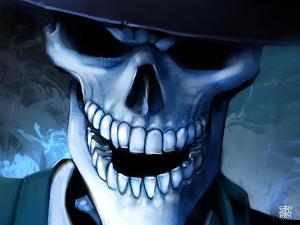 For example, in June, MTV aired a show called Scream: The TV Series. The only reason why the Scream film franchise was dragged into this was so MTV could use a similar opening sequence for its show – and probably attract more viewers. MTV made a tragic backstory for the killer that showed him in love with the protagonist’s mother, and he even mailed her a package containing a human heart, a la “My Bloody Valentine.” Yet the show contains none of the dark humor that made the original Scream movies so popular. It’s nothing short of disappointing to see a show with that name be just another teen horror/drama where there’s something evil and/or mystical going on in a small town and it’s up to these flawless teenagers to do something about it (or, at the very least, react to it), just like every other show on MTV. The satire and self-aware humor of the original Scream was entirely ignored in the writing of this show.  And don’t forget the constant texting and use of computers, social media, and tablets to keep us technology-obsessed millennials interested! The show is so focused on the drama between the main characters that the murderer takes a backseat to the teenage romance problems. As a result, the show isn’t scary enough to be taken seriously in the genre it advertises itself to be. 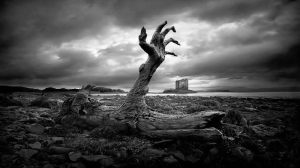 Meanwhile, Ryan Murphy’s Scream Queens at least acknowledges the ridiculous situations and slightly convoluted plotlines by making the characters over-the-top enough to show that they’re in on the joke. Of Murphy’s other works, American Horror Story tends to take itself more seriously. Although “Murder House” offered a promising start, each subsequent season of AHS has seen a steady decline in quality – each one more boring and confusing in a painfully obvious attempt at having a concept-rich storyline than the last. And “Hotel” is no exception. The main plot is entirely lost in the mess of subplots, as if the first few episodes are just creating as many loose ends as possible to be tied up as the season closes. It seems like the writers have bitten off more than they can chew. What’s more, the constant gross-out scenes in this season of AHS are so distracting, the story cannot be taken seriously. These writers forget that an extremely important element of horror is the subtext hinting, “It could happen to anyone. It could happen to YOU!”

Not only does a horror movie or TV show have to scare the audience, it must captivate the audience. M. Night Shyamalan’s The Visit, which came out last September, offered a promising start, but the middle portion dragged on trying to build atmospheric tension for so long that I almost didn’t make it to the end. The climax of the film was great, but it wasn’t quite worth the wait. The key to making good horror is to make interesting horror. The horror doesn’t have to be jump-scares or gore, but it has to at least leave you with an uneasy feeling in your stomach.

A good example would be Joss Whedon’s film Cabin in the Woods (2012). It took a classic road trip horror story and turned it into a sci-fi apocalypse movie. It was revealed that the cabin was really a simulation created by a lab of scientists making a twisted game of human sacrifice to appease gods threatening to destroy the world. The twist sounds crazy, but if the impeccable execution and purpose of this twist wasn’t enough to completely engross viewers, the Easter eggs placed in the background as the two leads fight their way through the lab pushed it over the edge. The allusions to classic horror films complement the sci-fi plot twist of the movie, allowing it to stand on its own in either genre. Unfortunately, this was one of the only uniquely original films released for younger audiences in recent years. Most writers today are more focused on relating to a younger audience, rather than scaring us.

Yes, there is so much horror being produced today, but I just wish any of it was worth watching.

0 comments on “Where Has All the Horror Gone?”